Württemberg as an Example of Crisis and Development in a Mid-Size Economic Region, 1973 – 2000

In the “nach dem Boom” era which was deeply affected by the international economic crises in 1973/74 and 1980/81, politicians, societies, and industrial cultures in western Europe were faced with the challenge of a comprehensive structural transformation. There were both winners and losers in this complex transformation process, whereby it became clear that regional (social) structures were particularly decisive in the success or failure of this structural transformation. Regional industrial history and culture have a significant influence on the configuration of power relationships and conflict resolution mechanisms, as well as on the generation of cooperation and consensus within a company as well as between companies, society, and politics (i.e. public administration).

In this context, regions represented a complex social network comprised of the most different actors who saw themselves faced with the enormous challenges presented by the rationalization and re-organization of industrial work, the reform of company (power) structures, major changes in capital markets, and fundamental changes in cultures of knowledge, and who also more or less successfully dealt with the structural transformation at hand. This project uses the Stuttgart region as a prism for examining the key actors and structures involved in this transformation process within their social, cultural, and economic context. In doing so, it focuses on the analysis of changes in the network itself, the actors involved and their mechanisms of interaction and conflict resolution, and important contributions to innovation over the period from 1973 to 2000. 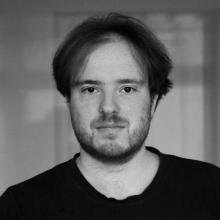