Since the beginning of this century there has been an increase in scientific research and publications about the migration history of the Federal Republic of Germany.  Opening the archives after the 30-year blocking period allowed for numerous older research hypotheses to be differentiated and reviewed. While the institutional developments and decision-making processes at federal level were broadly documented, there is no such development at the federal state and local level. Whereas the latter is currently being investigated by historical migration research, developments on the federal state level still are not being extensively studied.

The dissertation project addresses this desideratum by focusing on the process of problematization and organization of labor migration before and after the “boom” in the state capitals of Stuttgart and Munich.
The cross-sectional perspective allows for a deeper insight into the complexity of historical migration movements, whose interpretation was less a result of temporal than of institutional conditions. The same social phenomenon was at the same time the topic of heated or neutral discussions. Both Bavaria and (subsequently) Baden-Württemberg saw themselves as bulwarks against a policy on foreigners considered to be too liberal. At the same time, however, integration concepts were being elaborated in both state capitals and the immigrant workers were defined as a permanent part of the population. This tension constitutes the main pillar of the research project. 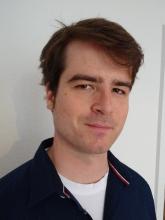