Punk is a symptom of the transformation of western industrial societies in the decades “after the boom”. By looking at the social periphery, this project examines the metamorphoses that were taking place at the center of society. This study works from the premise that beginning in the 1970s key concepts of order that underlay the liberal idea of modernity were transformed. The punk movement was a reification of this metamorphosis.

On the one hand, punk will be treated as a projection of these changes. It reflects not only the interpretations of the upheaval that was occurring, but also the “perception of crisis” within mainstream society. Whereas the “cultural Marxists” of the Birmingham CCCS, for example, saw a new-old revolutionary subject in the punk movement that expressed the contradictions of Thatcherism with its style, the mass media interpreted punk as the objectification of the spread of unemployment among young people, the loss of orientation, and general anxiety about the future.

On the other hand, punk can be interpreted as an avant-garde at the end of the age of the avant-garde. The aesthetic innovations introduced by this sub-culture were not the only sign of what was to come; rather punk functioned as a harbinger of new notions of social order, changes in consumption patterns, and the end of the ethos of the “colonization of the future” that had characterized the modern era. 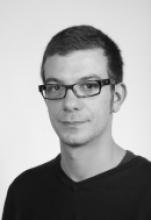