What does it still mean to be a “leftist” at a time when the interpretative patterns of Marxism which rest on the notion of industrial society have been put into question by a socio-economic structural transformation? What becomes the subject of social criticism when the categories of class or exploitation no longer seem to apply – or when forms of political organization that seem to have become ossified become problematic in and of themselves?

Post-structuralism emerged out of the search for answers to such questions that took hold within the French Left as the “Boom” era was coming to an end. In many of its thought patterns and strategies, post-structuralism resembles Marxist social analysis, yet it radicalizes the “critical project” and applies it in a self-reflexive way. Within the context of a broader intellectual movement that questioned the seemingly “stable” and “rigid” notions of order associated with modern semantics, post-structuralism developed its very own prophecy of the liquefaction of society by linking a structuralist critique of knowledge with radical left-wing social criticism. As such, it has influenced academic as well as leftist-alternative theory debates for decades.

But, in order to historicize post-structuralism, it must be situated within the intellectual debates regarding the reorientation of the Left from whence it first came. This makes it possible to interpret post-structuralism as both an indicator and a factor in the dismissal of semantics that accompanied the cumulative break “after the boom”.

By looking at three intellectuals from the same critical camp (Gilles Deleuze, Michel Foucault, and Félix Guattari), this project looks at how strategic formulations within the critique of knowledge found their way into the political practices of leftist groups (Groupe d’information sur les prisons, Comité d’Action des Prisonniers, Centre d’études, de recherches et de formation institutionnelle) in the transitional decade of the 1970s. 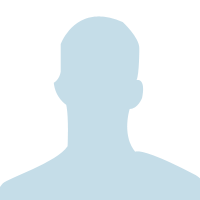