The dissertation focuses on Algerians who lived in the two French departments of Moselle and Meurthe-et-Moselle as well as in the Saarland during the period from 1945 to 1962. The region known as the Lorraine border area was one of the most significant destinations of Algerian migrants who left the North African colony mostly for reasons of poverty and went looking for work throughout the period in question.  Besides investigating the change of the social structure of the Algerian migration, the study also looks into the political history of the Algerians. Due to the intense activities of local Algerian nationalists people were faced with issues of (de)colonization since 1945 and, since 1954, with the Algerian War of Independence: On the one hand, they were caught in the crossfire of the Algerian underground organizations FLN and MNA that fought each other. On the other hand, Algerians became subject of extensive police checks and repressions as well as of stigmatizing media coverage at an unprecedented scale during the war. The thesis illustrates that the complex colonial war was present also on the Eastern periphery of France in all its aspects. Furthermore, by the example of the flight and migration of Algerian citizens to Germany, it shows that different consequences of the conflict even spread beyond the French borders. 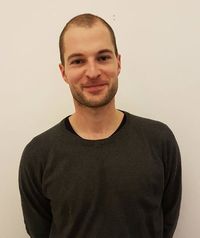